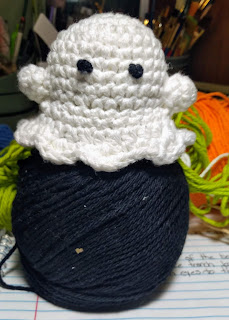 You should now have a slightly boxy crocheted ball. A little below the middle circumference of the ball, you should see the line of loops that were left unworked in Rnd 11. Find the first stitch of this row and mark it with a stitch marker. Now turn the ball upside down. 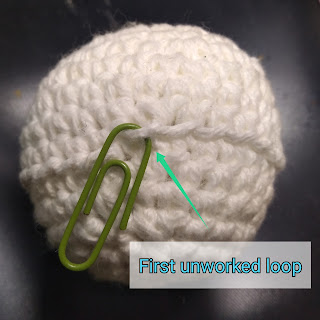 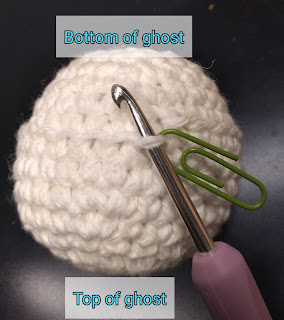 To make the ghost's arms:
Rnd 1: Ch 2, Sc 6 in the 2nd chain from hook OR SC 6 in magic ring
Rnds 2-3: Sc 6
Finish off and weave in ends. Stuff if desired. Sew arms to either side of the body. Use black yarn to make eyes out of French knots or sew on button eyes to finish.
amigurumi boo cute ghost halloween simple spooky 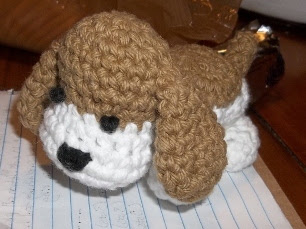 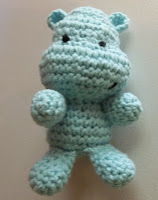 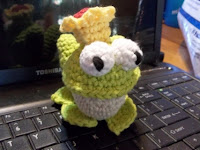